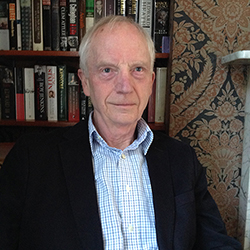 Stephen Owen was Professor of Local Planning in the Countryside & Community Research Institute at the University of Gloucestershire. He is a chartered town planner with over 35 years experience of practising, researching and teaching settlement planning and community development in rural areas.

He is the author of textbooks and articles on planning for sustainable development in rural areas.

David Ball is an architect and town planner with over 40 years' experience of development planning, building and landscape design issues. David brings to the trust his ability to question building and design-related proposals, to test their feasibility and reality and particularly to help improve design quality. 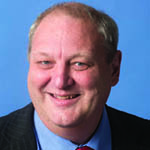 Paul Griffiths is currently Facilities Manager at Spirax Sarco in Cheltenham and has over 25 years' experience in leading Facilities and Property Management within Manufacturing, Finance, Central Government and Retail Sectors. He has managed large national property portfolios and delivered major capital projects and change programs as well as operational support services. Paul also has a strong Health & Safety and Environmental background having directed strategic compliance of these areas in a number of roles. 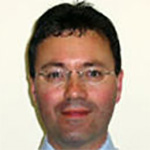 Originally from Manchester, Alistair has lived in Gloucestershire since 1999. He has spent all his working life in public sector finance in a variety of roles as a management accountant. He is married with two sons and as a family they are active in their local Baptist Church. Alistair runs a table tennis team in the Gloucester league. 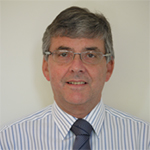 Barry King is the current Gloucestershire County Council representative for the Gloucestershire Environmental Trust. Barry's career spans 40 years. His early background was in civil engineering, including the design and construction of new roads and bridges. It later included responsibilities for the maintenance of the highway network. 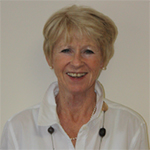 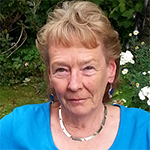 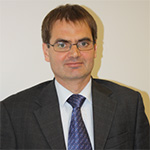 Steve Rogers is Senior Development Manager for Enovert Ltd (formerly Cory Environmental Ltd) where his principal responsibilities include the identification of new growth opportunities and the delivery of complex infrastructure projects. Prior to joining Cory in 2006, Steve was Finance Director of the renewable energy division of the FTSE 100 company United Utilities plc. From its inception in 1994, the company developed, financed and operated over 50 renewable energy projects throughout the UK. 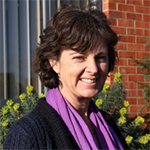 Elin Tattersall has lived in Gloucestershire since 1990 and has a strong involvement in and knowledge of the community and voluntary sector as Assistant Chief Executive of Gloucesteshire Rural Community Council (GRCC). She is also a voluntary sector mentor and assessor. Elin is particularly interested in projects that contribute to a sense of place and growth in community spirit. 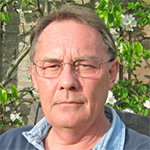 Andrew Bluett is a self-employed Chartered Surveyor and has spent the last 30 years working in the licensed retail sector (Pubs and Bars). Outside the world of work, Andrew has been a life-long ornithologist and amateur naturalist, and is the Honorary Membership Secretary of the Gloucestershire Naturalists' Society. He is particularly interested in the recording, reporting and conservation of species, especially where that involves the interaction between wildlife and human interests and has been very active in recent years researching the history, and in surveying and monitoring the bird life of Gloucestershire. 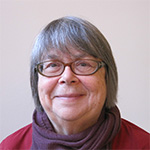 Maggie Powell moved to Gloucestershire from London in 1982. Now retired, her working life included the criminal justice sector, children and young people's services and adult social care. She is an enthusiastic supporter of Cheltenham's various Festivals and of Gloucester Rugby Club. She is very aware of the impact the physical environment on people's behaviour and physical and mental health, and is particularly interested in projects that enhance emotional wellbeing by giving access to social, cultural and creative opportunities, as well as access to the natural world.

John McLaughlin retired from Gloucestershire County Council in 2009 as Economic Regeneration Manager seconded to Gloucestershire First. He led on a range of externally funded community regeneration schemes. The majority of these schemes involved complex and very broad partnerships between community, public and private sector stakeholders. More than 200 community based projects were funded through a range of funding streams. Where possible, John sought the collaboration of The Gloucestershire Environmental Trust to achieve added value to projects whilst meeting the needs of all partner stakeholders.

Jane Evans has been Trust Secretary at The Gloucestershire Environmental Trust since 2002. Previously a Plans Officer with Gloucester Land Registry, Jane has a keen interest in conservation and rural issues. She feels that there is much to offer Gloucestershire communities through her role and takes pride in the wide range of benefits that have been achieved through LCF Funding. Jane takes great pleasure in "Showing" her pedigree dogs and is a keen writer.

Yorkley get (possibly) the world's 1st wild boar grid aided by a GET grant of £5000 .Story from @GlosLiveOnline. https://t.co/kOOuTpqJvO

During 2017-2018, the Trust allocated around £1 million to projects and it will allocate a further £1 million before closure. Wherever possible we have prioritized projects that help less advantaged communities, some of them modest in scale but of immense value to their local communities.

Google Analytics is a marketing tool that allows us to see how our site is used, for example how many visitors we get and which pages are viewed most. This information is anonymous but requires cookies to track your actions on our website.

Social media links are included in our pages to provide links to social media tools like Twitter and Facebook, and enable you to bookmark or recommend our pages. This code includes cookies so that these tools can track how people use its service.

You can find out more about cookies at www.allaboutcookies.org/manage-cookies